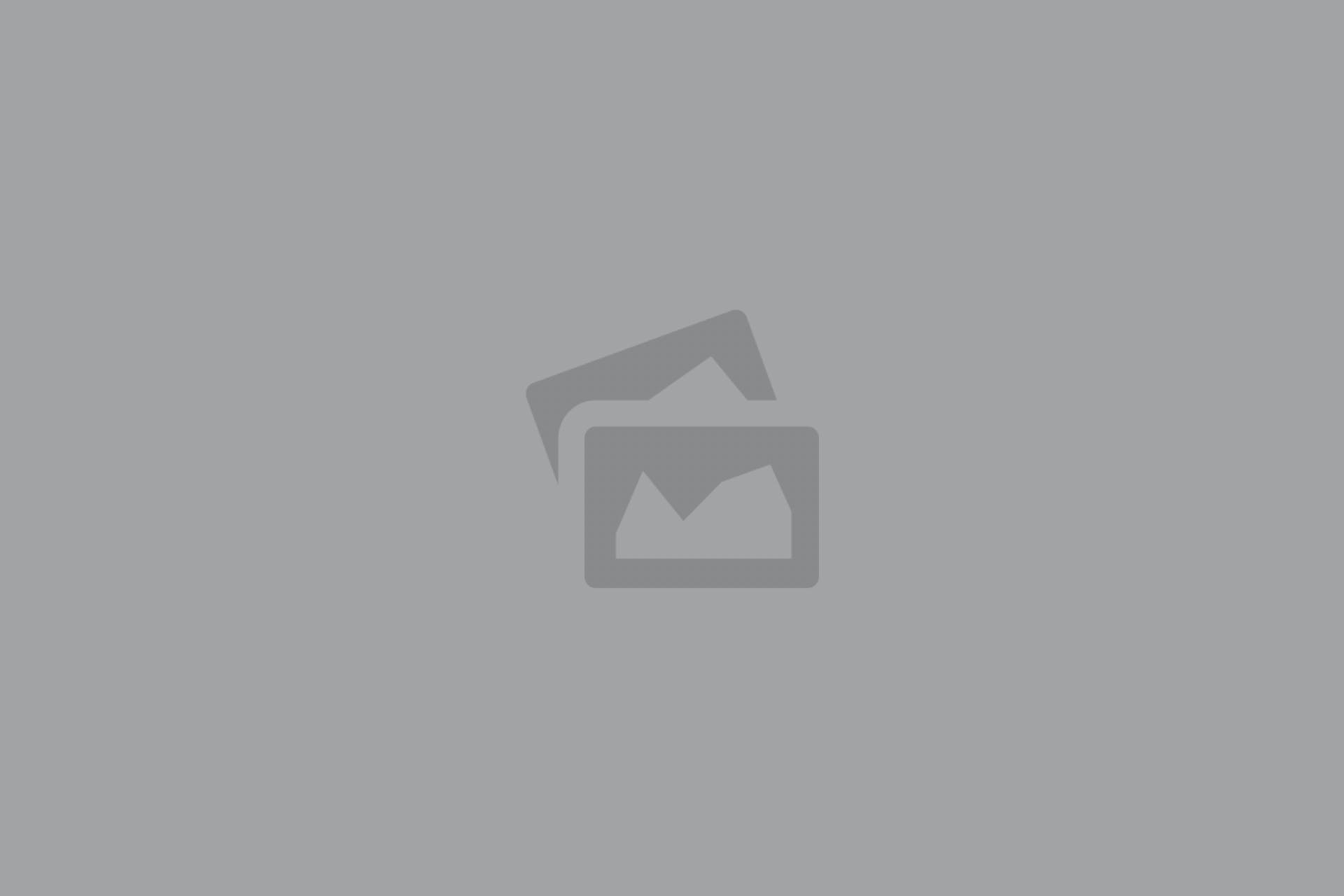 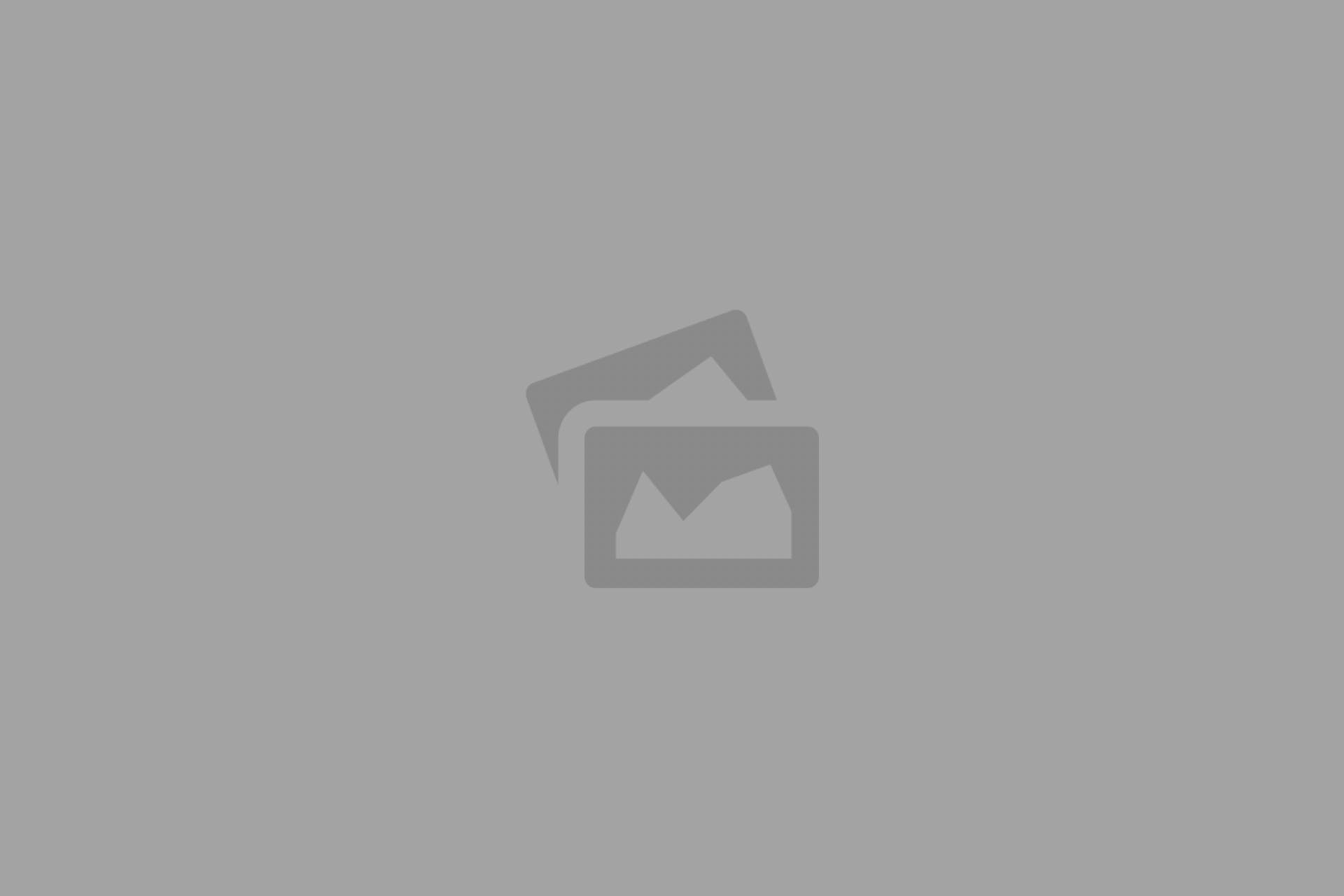 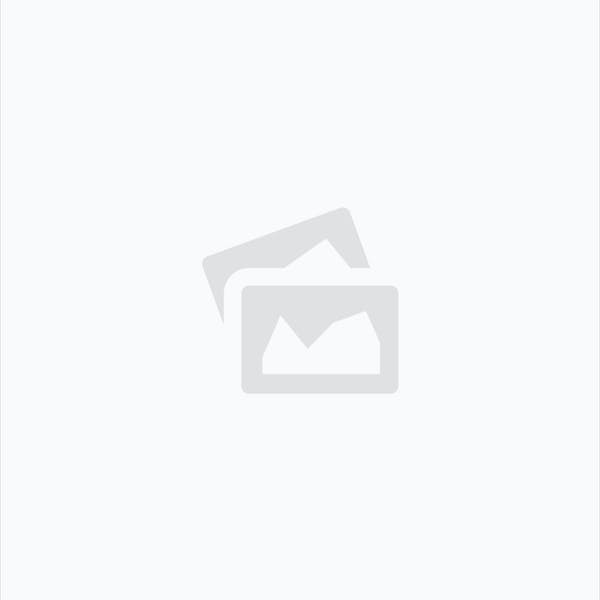 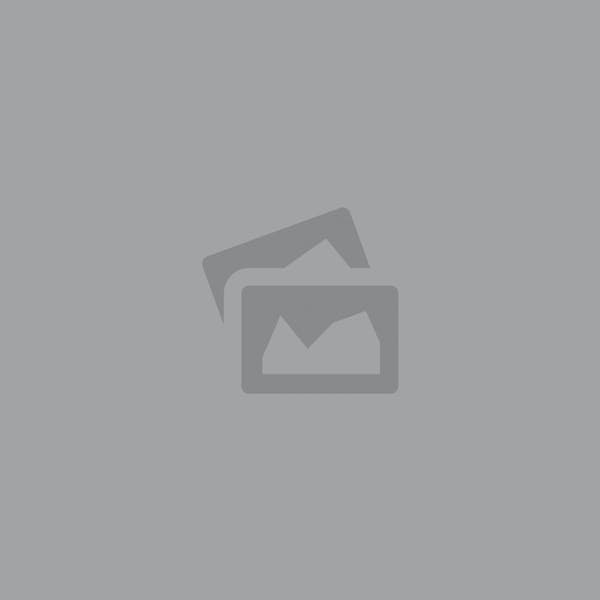 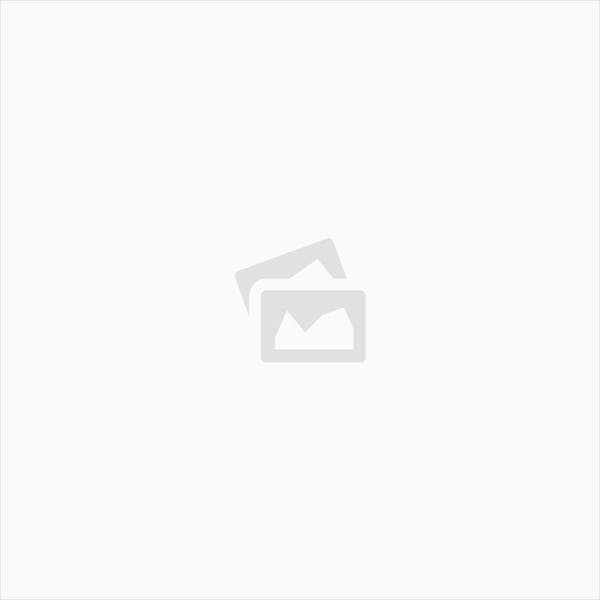 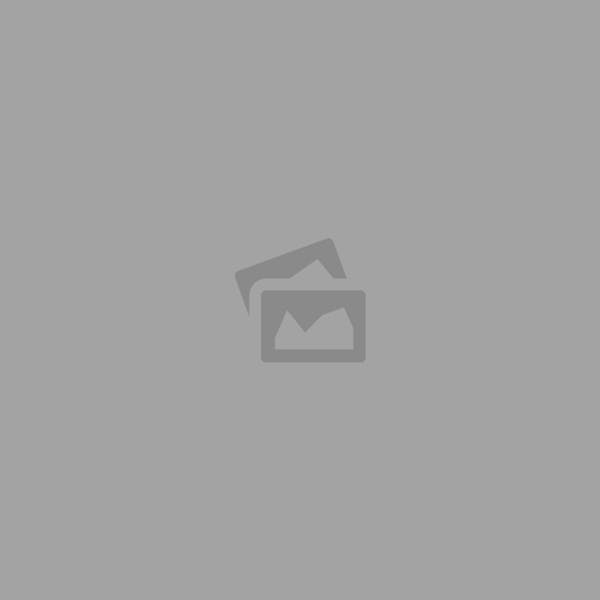 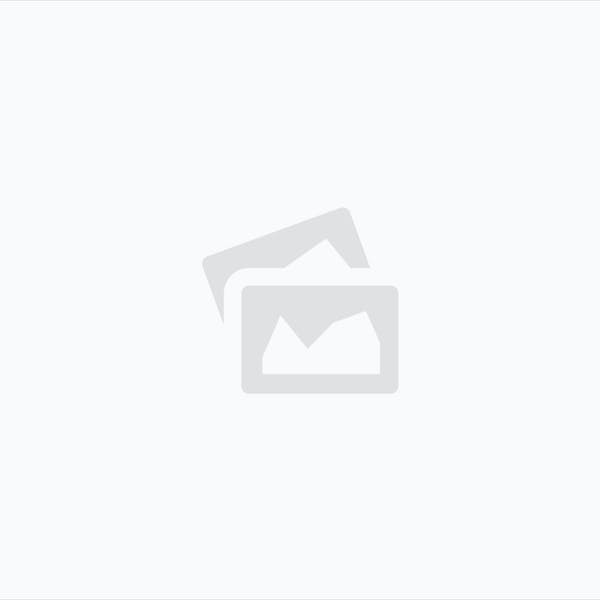 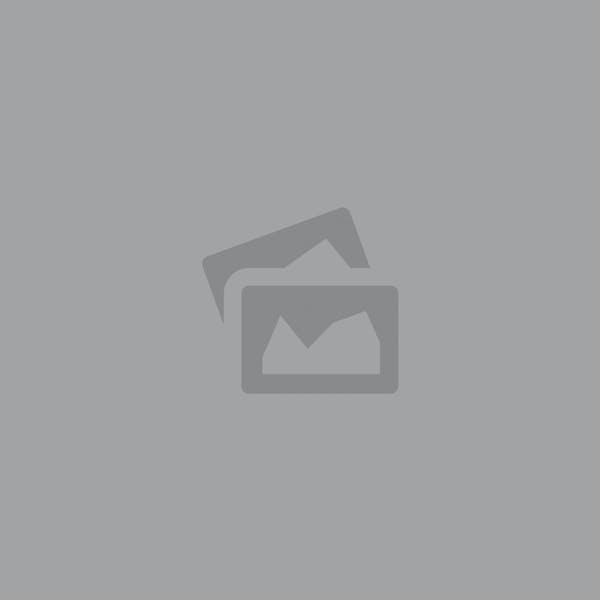 After finding incredible success with Fantasy Factory on tap, we knew that it was going to be our first package. We spent months coming up with ideas, but nothing we came up with summarized “Fantasy Factory ”. One day, Ryan was tumbling down a rabbit hole on Google and stumbled across “Welcome to the Internet” , an art piece by Jason Heuser. Ryan, Zak and the team immediately fell in love and knew that that piece was and embodied Fantasy Factory. After months of fan-girling and cyber stalking Jason, Ryan and Jason connected and, after meeting in person it became clear that these guys were meant to work together and be friends. Jason is the genius behind Hawk Jones, Kwik Trip Series, Bloc Party, Dragon Flute, Lady Luck, Radikatz, America Af, Tokyo Sauna, Simply Dusty, Idiot Farm, Night Call, Diet Starts Tomorrow, Martian Sunrise, Narnia Business, Poco Loco, Notella, Oaktober, Outer Spaced, and more.

Tom Kowalke – Fredrik – Impulsism – For every beer released in the first couple years of Karben4, Fredrik created a painting to go with the beer. We weren’t packaging at the time, so we loved the idea of having this visual connection to the beer. We would host a party every time we released a beer to show off the new art. We also used the painting as sound panels. We loved the way that we could have different ways for guests to plug into the brand, visually with the paintings, reading the colorful beer descriptions that Ryan wrote, as well as tasting and smelling the beer.

Malt-centric beers are beers that have a strong malt, grain flavor profile. A lot of beers focus on the hops or the adjuncts, while we like to craft a grain bill that will offer a rich malty flavor, no matter the style of beer. Hop-centric is more of a focus on the hop flavors and aromas.

When we opened, there were only a few breweries in the Madison area – Great Dane, Capital, Ale Asylum, Tyranena, Lake Louie, as well as One Barrel opening up roughly the same time as us. We wanted to be the brewery that Madison and Wisconsin deserved and we saw a gap in the market that we knew we could fill. We love all of our fellow Wisconsin breweries and we definitely stood, and continue to stand on the shoulders of those who came before us. We firmly believe that a rising tide raises all ships and we support all of our neighbors.

If you look up “Chu-hi” in Urban Dictionary it says “Ballin ass drink in japan made with rice liquor (sho chu) and various fruity drinks.” Coming from Japan, the name “Chu-hi” roughly translates to “High Ball Cocktail”. This has drink has been canned in Japan and very popular for a long time. Our friends, Dan and Arisa brought it back from Japan to share with us and we fell in love.

Karben4 is contracted to produce and sell it. Available in our taproom, online, and in stores.

World Beer Tour: This line of beer is a nod to all of the various styles and history of beer and how diverse it really is. While keeping true to the style we like to throw a little Karben4 twist on each beer. This line is what we refer to as “a beer drinker’s beer”. Classic. Not a lot of fluff.
Silly Fun Time: This series of beer is our “wild and wacky, fun and funky” beer line. If we can dream it, we’re gonna try it.
K4 Project: A line of beers made in collaboration with local businesses and nonprofits where a portion of the proceeds are given back to the non profit.
Seltzers: A local take on a classic. Bold flavor, zero to low sugar and low carb.
Pool Pack Seltzers: Inspired by cocktails, with lower abv and less sugar. And maybe less hangover.
Chu-Hi: inspired by Japanese cocktails, these seltzers pack a punch, clocking in at 9% ABV.

Book here. You can also call our taproom or reach out to our social media platforms.

We do! Feel free to email [email protected] or reach out on our social media platforms to learn more.

Nothing formally, we don’t sell tickets or offer them regularly to the public. If you are interested in a private tour feel free to reach out!

No. At the moment we are legally not allowed to sell any product that is not our own. There is currently traction in the Wisconsin State Government where this could change, so if you would like to see that change, please reach out to your Wisconsin State Representative.

See hours here or in the footer of the website!

Some beverage producers don’t have tank capacity or abilities to produce on a large scale, but would like to distribute their product on a large scale. Karben4 is able to assist in all aspects from recipe development all the way through to canning. During the pandemic Karben4 was able to assist breweries that were unable to sell beer in their taprooms continue to sell their product by assisting in canning and production.

Nothing is planned at the moment.

Drive-thrus were our answer to the Covid shutdowns. It allowed people to purchase our products, and products from other small businesses while observing safety and health protocols that were implemented during the peaks of the Covid Pandemic.

No, CBD beers are illegal in the State of Wisconsin and Federally. We do sell some CBD products from a local CBD producer, HoneyBee Cannabis.

Karben4 currently has a brewery permit to operate a second “taproom”, and since we do not have a second brick and mortar location, we are able to “pop up” any place that doesn’t have an existing permit to sell product. Usually we can pop up in most parking lots, and do a lot of these when the Wisconsin weather permits.

If you are interested in becoming a charitable partner organization please reach out to [email protected].

No, due to a variety of reasons and circumstances we discontinued our in house menu and kitchen. We do offer snacks like: Cheese curds, beef sticks and salami, potato chips from Slide, cheese spread from Carr Valley Cheese, snack pretzels, large pretzels. We do also offer frozen pizzas from Salvatore’s. We also like to bring in food trucks and other local food vendors. You are always welcome to bring in your own food as well.

Dogs are not allowed indoors, unless they are a service animal. This is the same for the igloos. Dogs are always allowed on our patio.

The guys spent months of daily conversation throwing out ideas for a name for the new brewery. They wanted something that wouldn’t paint them into a corner, a tight theme. One day, at the Old Fashioned, the term “Carbon 12” came up. They didn’t hate it, they didn’t love it, but they definitely didn’t like how “Carbon” “looked”. After some more hemming and hawing, looking at phonetic spellings, doing a little chemistry, and a little more drinking, Karben4 was born at Sala Thai overstuffed chicken wings. Carbon is the building block of our world, which in turn creates infinite possibilities. We believe the same is true of beer. Beer and its history formed civilizations and shaped countries and continue to evolve and grow. By naming the brand, brewery, and company Karben4, we hoped to create something that also had limitless potential that lives, breathes, and grows. The 4 also comes from a few different inspirations. Four Valence electrons in Carbon bonds, and of course, Brett Favre.

Like the name Karben4, the hexagons were an evolution. Doodling for logo and branding started on the back of napkins, and one of the ideas included a hexagon in a corner. That evolved and grew into the 4 hexagons we know today. Again, this has no one meaning, but it does call back to chemistry, with Benzene Rings being hexagonal.

Tom Kowalke – Fredrik – Impulsism – For every beer released in the first couple of years of Karben4, Fredrik created a painting to go with the beer. We weren’t packaging at the time, so we loved the idea of having this visual connection to the beer. We would host a party every time we released a beer to show off the new art. We also used the painting as sound panels. We loved the way that we could have different ways for guests to plug into the brand, visually with the paintings, reading the colorful beer descriptions that Ryan wrote, as well as tasting and smelling the beer.

We are always thinking of beer names and brainstorming. We have a running list of names that we like. The most important thing is it makes us laugh.

Zak and Ryan Koga – managing owners. Ryan Koga is the brewmaster and Zak considers Ryan the “founder”. Learn more about our origin story!

Yes. We are exploring other taproom locations and hope to maybe someday build a new production facility.

In a lot of states it is illegal, we are working on getting the infrastructure and licensing to do this in the 13 states where it is legal.

A lot of reasons. Quality of product is a big reason. First, cans keep the beer away from light contamination. That is just not something that bottles can do as efficiently. Glass failure is also a deciding factor. When glass “fails” it is a lot more dangerous than when aluminum fails. Cans are also easier to package and store, more efficient spatially, and are more efficient in recycling. Finally, we have made the move to a more automated packaging process and simply didn’t have the room to install a packaging line for both cans and bottles.

After almost dying of “humane methane” (farts) we decided that shelling thousands of eggs wasn’t worth it anymore. We’ll let those continue to be holiday treats.

The beer industry is always changing and evolving and we are reflecting what we see. We aren’t saying that these will never come back, but for the time being, we have nothing planned.

No. We simply bought some of their equipment and their lease.

Yes. Since the beginning, we’ve been ramping it up, led by PPK. Pax and Empirical Stoat. Barrelling takes up a lot of time and space, but the longer we are around, the more we can barrel.

Yes, we have done a whole variety of sours, using lactobacillus, yeast that uses lactic acid, kettle sours, and using barrels to get beer similar to a Foeder style. We have also collaborated with Funk Factory to create a sour version of Fantasy Factory. We are looking to dive more into the sours and are excited to experiment in that space.